Here both posters and comments will be restricted to topic-specific discourse. Comments should directly address the original post and poster. Comments and/or links that are deemed to be too digressive or off-topic, may be deleted by a moderator.

I enjoy thinking of ways to frame the challenge of the hard problem and I'm trying to formulate it as rigorously as I can. I think I'm getting close, but I still have trouble expressing all of my thoughts exactly. Here's what I have right now. Any thoughts for how to improve it?


Physical accounts are always insufficient for explaining consciousness because they only extend to behaviors that can be measured and quantified. A physical property is essentially a label we give to some aspect of perception which explains how it will behave under a given set of conditions. We consider a phenomenon explained when we find a place for it in this causal chain of behaviors.

Perceptions themselves are not reducible to descriptions of behavior, because they are that whose behaviors are described by physics. We do this by describing one aspect of sensory perception in terms of another, where the relationship between them is consistent. For example, we can measure temperature in terms of the volume of liquid in a thermometer.

Qualities like the felt sensation of heat or the phenomenal appearance of the thermometer, on the other hand, can’t be described in terms of anything else, because they are the points of reference that allow us to measure physical properties like temperature in the first place. We have no external points of reference for describing phenomenal qualities, because perceptions are our epistemic starting point.

Since we have no way of assigning meaningful values to phenomena qualities, the relationship between experience and physical descriptions of brain function is more or less arbitrary. There is no kind of logical a priori entailment between physical facts and facts about experience.

The key thing I'm trying to point out is that taking a measurement requires a point of commonality between two separate aspects of perception, so that we can describe one in terms of the other. But I would like something a little more precise than "we have no external points of reference for describing phenomenal qualities" if possible. I think Kastrup's concept of "epistemic symmetry" is relevant here, but I'm not sure of the clearest way to incorporate it.
Top

Hi Hailstan, The word that came to mind as I read your piece was 'equivalence'. That is, through observation and repetition scientists hypothesise equivalence between one set of perceptions and another. In your example, the localised heat of a substance or environment and the movement of mercury in a confined space. But I would not class that as a 'physicalist account' as that implies ontology, whereas what you described would more accurately be described a the scientific process that helps us give a quantitative value statement to a class of perceptions.

I would argue that perceptions do have equivalence, but only with themselves ('self equivalence'). I know I feel heat one moment because I can contrast it with the feeling of cold or less heat a moment earlier. This is a metacognitive process, which entails a story or map, and is therefore implicated in the language of the collective, so can in a sense be shared linguistically. The sense THAT I perceive however, has no equivalence. I cant compare it to when I didn't perceive because I know of no instance of non perception. I also cannot demonstrate THAT I perceive to anyone else linguistically.
Top

Thanks, this definitely gives me more to think about, although I still haven't quite answered the question "why?" as thoroughly as I'd like. Note that I said "physical account" and not "physicalist account"!
Top

I figured it out.

It's simple to illustrate why phenomenal qualities don't play a causal role in the world. Red light of a particular frequency could appear different ways to different observers depending on their anatomy, species, etc., but will always produce the same output on a measuring instrument.

I think this definitively shows why all attempts at reducing consciousness to physical parameters will fail.
Top

But are you completely comfortable with suggesting that phenomenality does not play a causal role?

Due to some novel feature of my eye, I may be the only person that percieves X as red. But if that perception causes me to think or act on a specific way...
Top

Hailstan, this is a very beautiful and concise way of framing the problem.

It makes me think of a hypothetical where consciousness is an instance of something more general, and this generality has different kinds of instances besides consciousness.
Like, a "means of transport" can be a bicycle, a car, a ship, an airplane, etc...and via the metaphor we only know of one type, a car for example, and we try to derive everything by "carhood"

In some anthropomorphized sense we could read Godels 2nd theorem in the same way, that we always have to transcend the richness of systems in order to establish them - i.e. a system via itself is always paradoxical.
Top 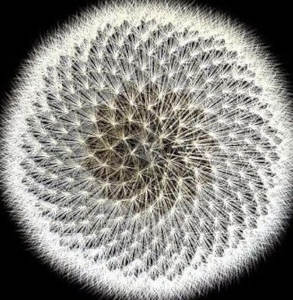 If I take the argument you're running correctly, you might accidentally be making an argument for what Goff calls "the problem of intrinsic natures," which is ultimately the crux of the first part of Kant's first critique. In essence, measurement is always a judgment rendered between two perceptions, both of which are categories of thought, and there is simply no way behind the categories of thought to grasp what is represented as it is in itself. As a result, as Goff puts it (building on Russell), the whole project of physics (based on measurement) is to tell us what matter does, but it is innately incapable of telling us what it is. I think we can move from there to the hard problem like this:

(I'm playing fast and loose with a lot of the vocabulary here: I'm not making a meaningful distinction between "mind" and "consciousness," nor between "the physical" and "matter." Roughly I'm using the former to mean "that which, in particular modes, perceives and judges" and the latter to mean "that which is perceived such that it is in principle capable of being measured.")
Top

DandelionSoul, that is certainly related to what I'm talking about.